The oldest alpine ski race in the world celebrated its 95th anniversary! Did you know that there is a Wikipedia page about Anglo-Swiss? It exists only in German Anglo-Swiss Skirennen. You can find the complete list of results since 1924. A user with the pseudonym Malo95, who might be able to recognize himself, has written 99% of the page. This year the 88th edition took place because the race was not held a few times. The SAS leads against the British University Ski Club (BUSC) with 54 vs. 34 wins.

This year BUSC, partly represented by Scottish skiers, has kindly accepted an additional special guest in the SAS team. Tanguy Nef has indeed joined us between two World Cup races. Although we were convinced that we had lost, the entire SAS team did very well to keep the cup in Switzerland. It was a great celebration! Note that the BUSC team was better barefoot than on skates on the ice in St. Moritz. I think the team members will not forget this outstanding event, which is the origin of our club. The different traditions during these four days are still strongly present. 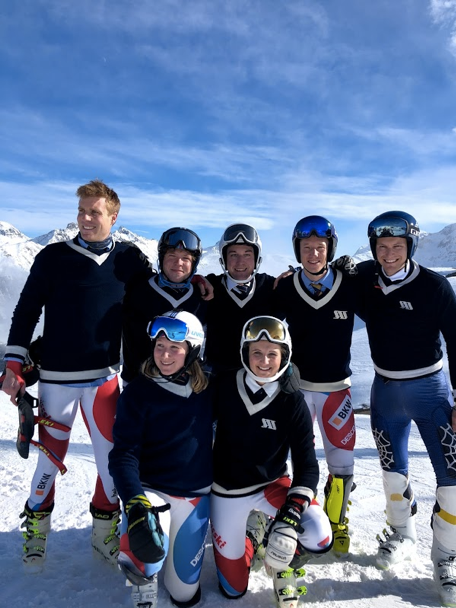